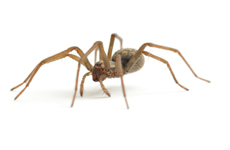 Exterminating spiders can be a challenge if there is a large population of them. Since spiders feed on many other types of insects, spider extermination may require controlling the population of other insects in your home and yard, as well. Forsyth Exterminating offers spider removal services throughout Atlanta, Georgia.

Spiders can be found in a wide variety of places. They are very agile, and they reproduce rapidly. Basements can be a favorite hideaway for spiders; our exterminators can get into the hard-to-reach nooks and crannies of your home for spider removal. Spider control, as with all types of pest control, first requires an analysis of the environment. How many spiders are present? What type of spiders are they? Some spiders are simply a nuisance, but other types of spiders can be very dangerous! It’s extremely important to identify what type of spider is present and approximately how many have settled in your home. In Georgia, there are many different species of spiders. The professionals on our team at Forsyth Exterminating can quickly identify the type of spider and form a strategy for how to get rid of them. By hiring a professional exterminator to deal with your spider problem, you can be sure that the spiders will be removed efficiently and your space will be prepared to prevent future spiders from turning your space into a home for their webs.

When choosing a method for exterminating spiders, it’s important to consider many factors, such as the type of chemicals or pesticides used.  A trained exterminator can calculate exactly how much pesticide is necessary, thereby cutting down on the amount of chemical used and lowering chemical waste.  Spider extermination is best handled by someone who knows what they’re dealing with and can quickly resolve the issue. One female black widow spider can have up to 7,000 babies – that’s why it’s important to deal with a spider infestation as quickly as possible!

Spiders are a prevalent pest in Georgia. Spiders are not insects, as they belong to the class Arachnida. They feed on other insects, so a key part of controlling spiders is to control their food source. By doing regular routine maintenance for general crawling insects, pest populations, in general, will decrease, and the spiders will either die from lack of food or relocate to other areas with a more abundant food supply. There are approximately 3,000 species of spiders found in the United States, but only a few pose serious health risks to humans. Two of the most dangerous and medically important types are the black widow spiders, and the brown recluse spider and its relatives. Both of these pests are found throughout Georgia.

Black widows are unfortunately among the most common spiders in Georgia. Their distinctive red hourglass shape on the abdomen makes them easy to identify. They commonly nest in garages, along the edges of sidewalks and patios, and in stacked rock, among other places. The female can produce up to nine egg cases, each containing 200 to 800 eggs. Just ONE black widow can produce over 7,000 offspring!

Grass spiders are extremely common in Georgia, and most people will confuse this common spider with the much less common brown recluse. Grass spiders can be identified by their distinctive webs, the dorsal markings on the abdomen, and the greatly elongated hind legs.

Females range from 10 to 20 millimeters and the males from 9 to 18 millimeters in length. The best way to identify a grass spider is by the pair of darker, longitudinal bands extending back from the lateral eyes, and another pair of very thin lines located one on each side of its body. The legs are frequently darker at the ends of the segments.

The brown recluse is chocolate brown in color, about 9 millimeters in length with long legs. They have three pairs of eyes arranged in a triad, and have a violin-shaped marking on the cephalothorax. The body of the “violin” is near the eyes and the neck of the “violin” extends backward, ending before the abdomen. Males are similar to females in appearance.

What Can You Do?

A critical part of controlling spiders is to minimize harborage areas and nesting sites such as woodpiles, lumber stacks, rock piles, brush, high grass or weeds, and dormant man-made items (such as an abandoned car, spare tire lying on the ground, junk pile, etc…) This is especially important because both black widows and brown recluses tend to inhabit such areas. By frequently cleaning and moving stored items in basements, storage areas & garages, you can discourage spiders from setting up camp where you don’t want them! By vacuuming spiders and their webs from behind furniture, desks, tables, ceiling corners, and other areas, you will disturb their habitats and reduce their presence.

Avoid bites by wearing gloves when doing yard work. Installing weather stripping and thresholds at the bottoms of doors and around window sills will also help to prevent spiders from entering.

Many people hire a pest control company in hopes that their spider problem will immediately go away. You need to consider the following information on your quest to rid your home or business of spiders: generally speaking, when a pesticide is applied, it is active for about 30 days on the inside, and about 90 days for products labeled for outdoor use. During the “residual life” of those products applied, they are slowly killing unwanted insects. Insects will walk across the treated areas, groom themselves, ingest the particles, and will literally dry up and die. As you may note, a couple of things have to happen here. #1- the pest has to walk across the treated areas, and #2, they have to groom themselves. Both of these things pose a problem, because #1- spiders rarely leave their web and are often in high up areas, safely tucked away from predators such as your bug man, and #2- spiders don’t groom themselves like many other pests do.

So you may be wondering, “What good is a pest control service then, if pesticides don’t kill spiders?” As mentioned earlier, the key to controlling spiders is to control their food sources- OTHER INSECTS! So a regular pest control program will bring overall pest populations to a minimum, and the domino effect will creep up the food chain from other insects to the spiders. This, in addition to the other action items that you can routinely do, will ensure that your home will be as spider-free as possible! There is no magic wand to controlling these creepy pests, but diligence is a must in their control.

If you have a confirmed infestation of either black widow or brown recluse spiders in or around your home, or if you are just tired of seeing spiders in general, contact Forsyth Exterminating! We can help! 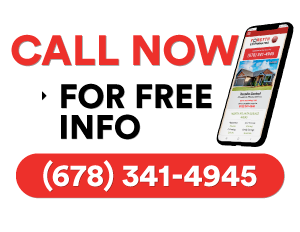